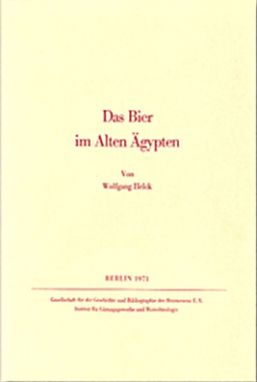 Wolfgang Helck analyses ancient Egyptian tomb reliefs and texts dealing with beer production and the role beer played as a foodstuff, but also in medicine and cultural acts. The author traces the first mention of beer to the third millennium BC.

Wolfgang Helck is an Egyptologist.